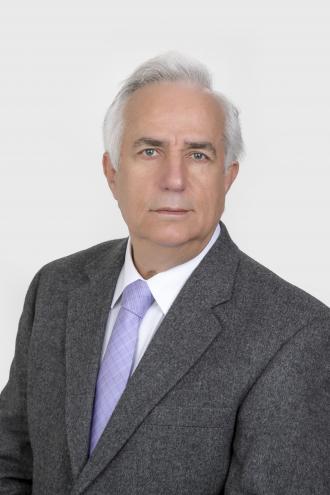 Aoun has been an avid supporter of ACCESS’ mission ever since he immigrated to the United States from Lebanon in 1978. He is a graduate of Ecole Normale, a teaching college in Lebanon, and earned a bachelor’s degree in geography from Arab University of Beirut. He holds two master’s degrees from Wayne State University (WSU) in bilingual education and Near Eastern studies. He is currently a professor of Arabic language in the Department of Near Eastern Studies at WSU.

Aoun’s involvement with ACCESS corresponds with his personal beliefs in ACCESS’ mission to support and commit to the betterment of the Arab American community. He believes that as an organization, ACCESS’ programs are a natural response to the needs of Arab Americans, and the agency represents and serves the diversity of all Arab immigrants, regardless of country of origin, religion, or sect.

He also believes minorities, such as Arab Americans, impact and continue to influence and contribute to the diversity of American society through their achievements in many cultural fields, including: science, art, literature, politics, economics and social issues. He believes that support for ACCESS and the Arab American National Museum (AANM) is the best means to promote and preserve Arab American history, identity and cultural contributions.

Aoun resides in Dearborn Heights. Besides teaching, he is a business owner in Detroit. His hobbies include reading, fishing and walking.