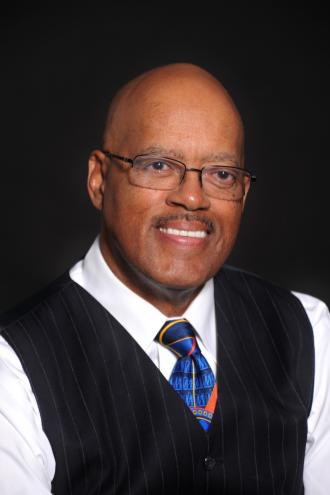 Gerald W. Smith is the President of GW Smith & Associates, a communications firm specializing in the areas of strategic planning, video production, event planning and public relations for public and private sector entities. Recently, he served as Vice President for the Macomb County Habitat for Humanity. He also served as senior manager of External Affairs for Comcast-Michigan. He managed the implementation of statewide and regional government affairs initiatives in the Heartland Region. He was responsible for day-to-day contact regarding local regulatory, franchising, public policy, community investment initiatives and served as liaison between the company and local communities.

Prior to joining Comcast, Gerald served as director of community and project development at Detroit Public Television for 14 years. He is best known for his role as co-host on “Back-To-Back,” the EMMY nominated metro Detroit call-in TV/radio talk show on WTVS- Channel 56 and WQBH-1400 AM. He also hosted a talk show on Detroit Public TV entitled, “Good Schools: Making the Grade.” He was the host of community television specials on the Comcast Community Network.

Gerald has extensive experience in organizational development and community planning. He was a member of the Detroit Economic Growth Corporation’s commercial development team. As a development associate and project director, he implemented technical and financial assistance for business and property owners and has co-authored several market studies for the city of Detroit. He served as project director for the Eastern Market, Seven Mile-Livernois, and Millender Center.

In addition, Gerald served as administrator of the Wholesale Distribution Center Citizens District Council in Detroit’s Eastern Market. He was instrumental in the creation of the Eastern Market Development Corporation, which represents area business and property owners. His accomplishments included gaining 501(c)(3) status for the corporation, securing a planning grant, and obtaining federal and state historical designations for the Eastern Market.

Gerald also served as a community organizer for the city of Detroit’s Model Cities Program, and as an administrative assistant for New Detroit, Inc., where he was involved in youth programs.

Gerald served on the faculty of Wayne State University in the Department of Africana Studies and was named United States Peace Corps “Black Educator of the Year” in 1990. Previously, he taught courses in African American studies at Wayne County Community College.

A native Detroiter and a graduate of the University of Detroit, he has traveled extensively, both in the United States and abroad. Gerald served as a guest lecturer at the Nairobi International School in Nairobi, Kenya; was selected for inclusion in the 10th edition of Who’s Who Among African-Americans; and was chosen as a 1990 Minority Fellow for the National Society of Fundraising Executives.

Gerald is a 2010 inductee into the Michigan Chapter of the National Academy of Television Arts and Sciences Silver Circle Hall of Fame; a 2010 Michigan Chronicle “Man of Excellence” recipient; a 2011 Leadership Macomb graduate; and a 2012 National Association of Multi-Ethnicity in Communications Leadership Seminar graduate.

He also served as vice chairman for Madonna University’s Board of Trustees; a board member of the Booker T. Washington Business Association; treasurer of the Michigan Legislative Black Caucus Foundation; executive committee member of Make Macomb Your Home; a member of Wayne State University’s President’s Community Advisory Group; and a board emeritus member for ACCESS. He has served as the former chairman of the Friends of African Art, Detroit Institute of Arts (DIA), and was also a former member of the Michigan Chapter of the National Academy of Television Arts and Sciences Board of Governors. He is currently a board member on the Macomb County Habitat for Humanity; the Detroit Jazz Fest and a member of the National Association of Black Journalists and the National Association of Multi-Ethnicities in Communications.