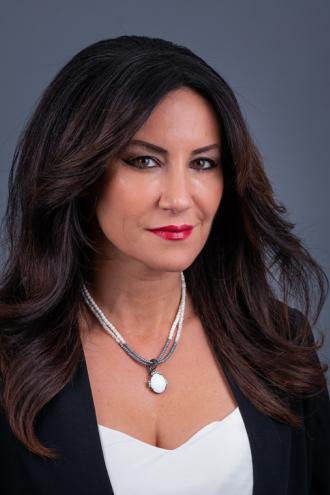 An impassioned proponent of rights for underserved members of the community, Mona has fearlessly advocated against crime and domestic violence for over a decade.

Throughout her career at ACCESS, she has committed herself to improving and empowering the lives of individuals and families who suffer from domestic abuse and behavioral health issues. She has worked tirelessly to collaborate with judges, faith leaders, schools and police departments in the fight against such abuse.

In addition to her work at ACCESS, Mona serves on a multitude of community boards, including her most recent appointments to the Greater Detroit Area Health Council’s board and the University of Michigan-Dearborn’s Institutional Review Board. She is also a member of the Michigan Coalition Against Domestic and Sexual Violence, and has served as a member of the Arab American Coalition Against Domestic Violence and the Wayne County Council Against Family Violence. Additionally, she has served on various consumer coalition panels and community resource committees.

Mona received her masters in clinical psychology from the University of Detroit Mercy in 2004 and has been a member of the American Psychological Association since 2006. She has conducted research, in collaboration with local universities, on topics including cardiac arrest, trauma and loss among Arab American, American Indian and Alaskan Native youth.