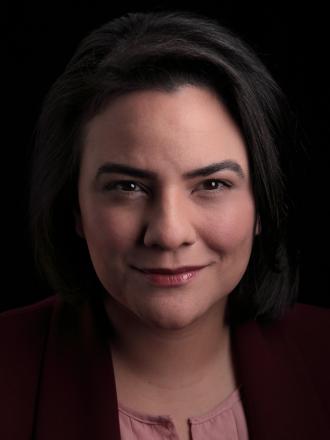 Rana Elmir joined Proteus as the Program Director for the RISE Together Fund having devoted her career to storytelling, action and activism. For nearly 16 years, Rana was a member of the ACLU of Michigan’s senior leadership team starting as Communications Director, then Deputy Director and finally interim Executive Director. Working with a 35-member team, Rana led various equity, diversity, inclusion and belonging efforts. She also guided legal, advocacy and media strategies and campaigns externally centered on the most pressing civil rights issues in Michigan including supporting BAMEMSA and immigrant communities, LGBTQ equality, criminal legal reform, reproductive freedom, and racial justice. However, as a former newspaper reporter, Rana is a storyteller first and foremost. Some of her most compelling tales stem from the experiences of her immigrant family, who fled to the United States from Lebanon when Rana was still a small child. In addition, Rana often lectures often on issues related to anti-Muslim bias, the importance of free speech and the intersection of race, faith, gender and LGBTQ rights.

While her serious side is frequently on display, she’s also an indefatigable nerd and recovering introvert who enjoys spending her free time going on birding expeditions, watching Jeopardy, and telling jokes so corny they can provoke eye rolls from just about everyone who has progressed beyond the 4th grade. Rana is a graduate of Wayne State University’s Journalism School and the Journalism Institute for Media Diversity. She currently serves on the Board Executive Committee of ACCESS, the nation’s largest Arab American community non-profit