ACCESS extends its sincere gratitude to sponsors and members of the community who helped make this year’s fundraising banquet, supporting the ACCESS Community Health and Research Center’s Domestic Violence Awareness and Treatment Program, a remarkable success! An astounding 600 people attended the sold out event on Thursday, February 5 at the Bint Jebail Cultural Center in Dearborn.

The event featured numerous highlights, including a profound keynote address by renowned human rights advocate Dr. Azizah al-Hibri.  Dr. al-Hibri is the founder and president of KARAMAH: Muslim Women Lawyers for Human Rights, a nonprofit organization that supports the rights of Muslim women worldwide. She is also a former appointee by President Barack Obama to the U.S. Commission on International Religious Freedom.

The program, which was emceed by American Civil Liberties Union of Michigan Deputy Director Rana Elmir, also included a poignant and heartfelt testimony by a domestic violence survivor and a special appreciation that was presented to two local Arab American brothers and business owners, Ali and Abdullah Saad, for their generous support of a survivor of domestic violence.

The number of individuals seeking help for domestic violence increases each and every year. This is why the ACCESS Domestic Violence Awareness and Treatment Program, not only treats those most affected by this terrible crime, but also seeks to educate the public about domestic violence and create a greater awareness within the community.

The fundraising banquet is one form of community outreach that is used to build domestic violence awareness. At this annual event, ACCESS honors and celebrates the resilience of those who have survived domestic violence. All proceeds enable the organization to continue its work and provide essential services to survivors and their families.

Photos from the event can be viewed here. 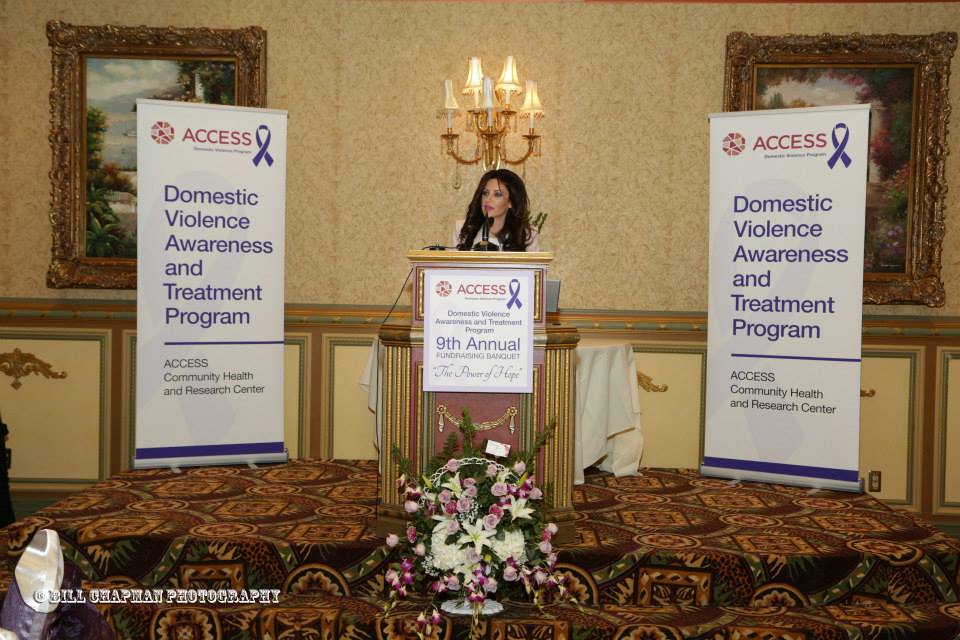