Dearborn, Mich. (August 3, 2016) – The leadership, board and staff at ACCESS and the Arab American National Museum (AANM)  join the Arab American and scientific communities in mourning the loss of Dr. Ahmed Zewail. The groundbreaking chemist and first Arab American to receive a Nobel Prize in a scientific field died at age 70 on Tuesday.

Dr. Zewail, an Egyptian American, was a faculty member at the California Institute of Technology (Caltech). He received the Nobel Prize in 1999 for his trailblazing work in femtochemistry, an area of physical chemistry that studies chemical reactions on extremely short timescales.  In 2009, President Barack Obama named Dr. Zewail the first-ever U.S. science envoy to the Middle East, for his remarkable influence on the scientific world and his deep commitment to his native Egypt.

In recognition of his monumental impact, ACCESS honored Dr. Zewail with its Arab American of the Year award in 2010.

“Ahmed Zewail was a visionary, a pioneer and a giant in his own regard,” said ACCESS Deputy Executive Director and CFO Maha Freij. “His contributions to humankind, as a whole, extend far beyond his chosen field of study. He was outspoken on a number of political issues, and was instrumental in reshaping the scientific sphere. Our world has, undoubtedly, lost one of its most valuable resources.”

Dr. Zewail is featured in the permanent Making An Impact exhibit at AANM,  and his book, Voyage through Time: Walks of Life to the Nobel Prize (The American University in Cairo Press, 2004), is part of AANM’s Russell J. Ebeid Library & Resource Center. Postage stamps, issued in 1998 in Egypt to honor his contributions to science and humanity, are also featured in AANM’s permanent archive.

“The Arab American National Museum is deeply saddened by the passing of Dr. Ahmed Zewail,” said AANM Director Devon Akmon. “In addition to generously serving as an honorary member of the Museum’s National Advisory Board, Dr. Zewail’s work as a leader and pioneering scientist made an impact throughout the world. Our thoughts and prayers go out to Dr. Zewail’s wife and family.”

Dr. Ahmed Zewail was born in Damanhur, a city in northeast Egypt, and became a naturalized U.S. citizen in 1982, after receiving his PhD at the University of Pennsylvania and joining the Caltech faculty in 1976. He is the author of 16 books and more than 600 scientific articles and is credited with creating a new research field known as four-dimensional electron microscopy.

Dr. Ahmed Zewail was not only a brilliant scientist, but a tireless advocate for the Arab community across the globe. He will be deeply missed. 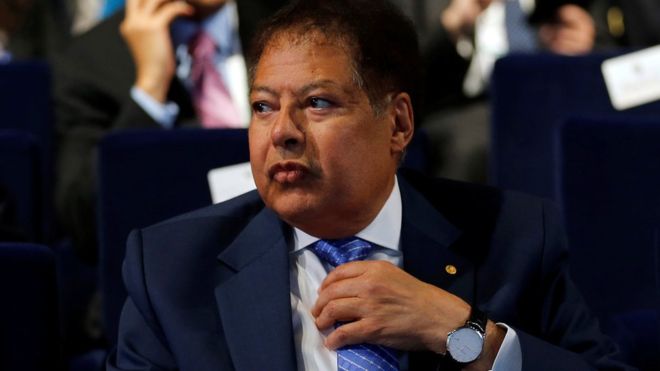