The leadership, board and staff at ACCESS join the Arab American and business communities in mourning the loss of revered businessman, community icon and compassionate philanthropist Russell J. Ebeid, who passed away at age 77 on Sunday, July 30.

Ebeid’s passing is a profound loss not only for the Arab American community, but also to global industry and the world of philanthropy. He was a pillar in the community he resided and did business in, and his long and distinguished career and passion for giving back was evident in his commitment to building confident, engaged and vibrant communities.

“Mr. Ebeid was a visionary and true role model of what a change agent looks like,” states ACCESS Deputy Executive Director and CFO Maha Freij. “I’m so honored that I had the opportunity to learn from him. He was a proud Arab American, and a man of true conviction and impeccable character. He fully believed that empowering people is not about giving them a handout, but rather, a hand up. Our world has, undoubtedly, suffered a true loss.”

Although neither of his parents finished high school, they instilled in Ebeid the value of hard work and strength of character. With their support, Ebeid rose from his working-class roots in Detroit to become one of four directors of Guardian Industries (a world leader in glass, automotive and building products sciences) and then graduated to Chairman of its board, while also holding the title of President of the Glass Group. In 2011, Ebeid retired as Chairman Emeritus.

Among his awards, Ebeid was honored with the Ellis Island Medal of Honor, was named the National Arab American Businessman of the Year in 2003 and entered the Halls of Fame at Wayne State University and the National Commission for Cooperative Education. In 2010, he was recognized as the Trader of the Year for his work in promoting international trade.

Throughout his career, Ebeid was honored with private audiences with the Kings of Spain, Belgium, Jordan and Luxembourg, the Queen of England, the Chancellor of Germany, the President of Venezuela, the Crown Prince of the U.A.E. and the last Communist Prime Minister of Hungary. He was also knighted with the Order of Merit three separate times.

As a philanthropist, Ebeid was driven by a desire to make a difference by honoring his roots and giving back deliberately. Ebeid’s passion for giving back carried into his commitment to providing educational opportunities for underserved youth. He was a longstanding supporter of ACCESS, namely its two national institutions: the Arab American National Museum (AANM) and the Center for Arab American Philanthropy (CAAP).

In 2014, the AANM unveiled the Russell J. Ebeid Library & Resource Center, in recognition of Ebeid’s longtime support of the AANM and ACCESS and his role as a visionary community leader and philanthropist. Through the Ebeid Family Fund scholarship program, housed at CAAP, he supported the educational endeavors of numerous students from marginalized communities throughout the Detroit area and abroad. Recently, in keeping with the organization’s commitment to the revitalization of southeast Michigan and the city of Detroit, Ebeid was instrumental in supporting ACCESS’ strategy to expand its unique integrated service programing in two Detroit neighborhoods.

Ebeid was the owner of the Fairlane Club in Dearborn, Mich. and a member of the AANM’s National Advisory Board, ProMedica Health Systems and Lourdes University. He also served as a director of the William Davidson Institute at the University of Michigan—an educational curriculum designed to teach and promote free market principles to the former socialist and emerging economies of third-world countries.

The work of ACCESS and many organizations alike, is reinforced by extraordinary individuals like Russell Ebeid. His inspiring accomplishments and direct contributions to the communities we serve are lessons that will continue to resonate. ACCESS and its national institutions stand proud of his legacy as a philanthropist, businessman and community icon.

Our thoughts are with Mr. Ebeid’s family and many friends as they cope with this significant loss. He is survived by his wife Carolee, brother Fred and four children, along with his grandchildren and great grandchildren. 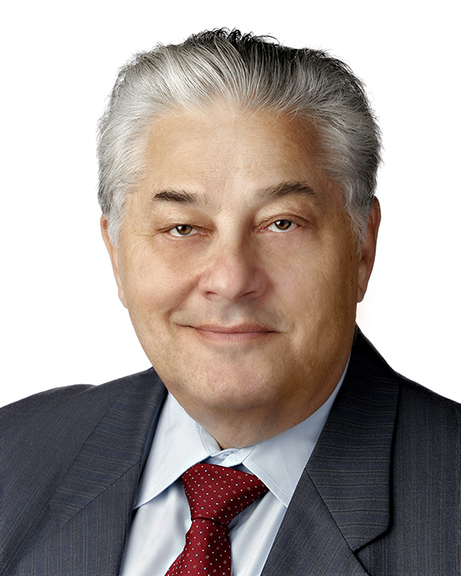