ACCESS thanks Congressman John Dingell for legendary service to community 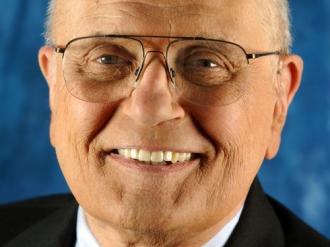 DEARBORN, Mich. – ACCESS extends its sincere gratitude and appreciation for the legendary service of Congressman John D. Dingell (D-MI), who announced today that he will not be running for re-election in 2014.

During Dingell’s more than 58 years of service in the U.S. House of Representatives he fought for many issues important to the Arab American community and metro Detroit, advocating for an end to racial profiling after the 9/11 terrrorist attacks, fighting to protect Social Security, health care and labor reform.

“Congressman Dingell has always been a champion in protecting our rights and making sure no matter what background you have, what race you are, what group you are a part of, that you are able to enjoy the same rights as everyone else,” said Hassan Jaber, ACCESS executive director. “Whoever may follow in his footsteps, they have big shoes to fill. John Dingell is a great man and a great leader.”

“Congressman Dingell was someone who would really listen to the concerns you have,” said Abbas. “As a member of the Arab American community, I know we have all felt his presence. We will feel his absence as well.”

On several occasions, Dingell volunteered his time and effort to worthy causes alongside ACCESS staff and volunteers.

“We extend our gratitude to Congressman Dingell and his wife, Debbie Dingell, who as a team have given so many years of service to our community,” Jaber said. “They both are exemplary citizens, public servants and leaders in the community. We want everyone to know how much we continue to value them both.”

Grounded in the Arab-American tradition of hospitality, ACCESS has a 43-year history of providing social, health, education and legal services in greater Detroit to empower people to lead healthy, informed and productive lives. Today, ACCESS extends that mission to a national platform through advocacy, arts, culture and philanthropy. Visit us online at www.accesscommunity.org.