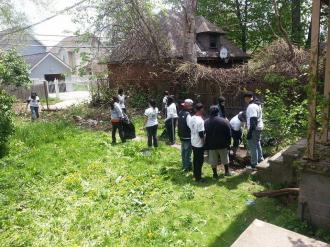 They joined over 2,000 volunteers across the country on this national annual event, where the local impact saw the beautification of existing athletic fields, paths and park facilities, and the creation of a safe zone through the boarding up of six abandoned homes in the neighborhood. Detroit Deputy Mayor Ike McKinnon stopped by and was truly impressed by the effort of the youth volunteers.

Check out some of the highlights from around the country for Arab American Service Day.