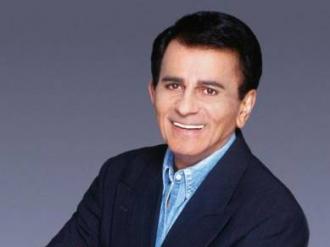 Dearborn, Mich. – The leadership, board and staff at ACCESS join in mourning the loss of American entertainment icon and proud Arab American Casey Kasem, who died Sunday in a Washington State hospital following a long illness. He was 82.

Funeral services for Kasem will be held this Sunday, June 22 at the American Druze Society’s cultural center in Eagle Rock, Calif.

Throughout his career, Kasem fought against media stereotyping of Arabs and Arab Americans and has always encouraged young Arab American media producers. He has given selflessly to many Arab American causes, including the Arab American National Museum (AANM), lending his sonorous voice to its Making an Impact permanent exhibit, and donating multiple items for display, including his Hollywood Walk of Fame plaque and the American Top 40 sign that hung on the program’s Ventura Boulevard studio in Los Angeles. Kasem has been an honorary member of the AANM’s National Advisory Board since the Museum opened in 2005.

“The world has lost a great man with the passing of Casey Kasem,” states ACCESS Executive Director Hassan Jaber. “He was truly an icon in his own right, and his passion for music and broadcast radio was unmistakable. Casey was a friend and supporter of the Arab American National Museum and ACCESS.  He loved the museum and wanted people to know about the history of Arab Americans. We are honored and privileged to have had his input in developing one of our most prized exhibits.”

In addition to his numerous accolades and awards, including a star on the Hollywood Walk of Fame (1981) and induction into the Radio Hall of Fame (1992), Kasem has always been proud of his Arab heritage. “Whenever I can,” he said in a 1983 interview, “I like to let people know that I am Lebanese, that I am Arabic, and that’s my heritage. I’m an American first, but at the same time I feel strong ties going way back.” Several obituaries recount how Kasem’s entertainment career was inspired by listening to his older relatives’ one-upmanship style of storytelling as a kid.

Kasem’s legacy also includes the new $2 million Post-Doctoral Fellowship in Druze and Arab Studies at Georgetown University’s Center for Contemporary Arab Studies, a first-of-its-kind program. Casey’s daughter, Kerri, also a great friend of the Arab American National Museum, is following in her father’s footsteps professionally and through her community involvement.

Grounded in the Arab American tradition of hospitality, ACCESS has a 43-year history of providing health, education, employment and social services in greater Detroit to empower people to lead healthy, informed, productive lives. Today, ACCESS extends that mission to a national platform through advocacy, arts, culture and philanthropy. Visit us online at www.accesscommunity.org.